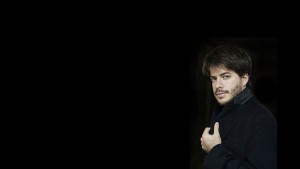 Talgam is the winner of the 11th Concours International de Piano d’Orléans, in which he received 1st prize, as well as the Denisov prize and the Claude Helffer prize. Talgam’s playing has been featured in radio broadcasts in Spain, Germany, France, Israel, Croatia, and the US. His debut CD of works by Nancarrow, Kagel, Stockhausen and Furrer (2015, Solstice) was lauded for its “virtuosity and refined touch” (Diapason Magazine), as well as “fiery and controlled playing” (Classica Magazine). Most recently, Talgam was awarded the Yvar Mikhashoff Foundation prize (2017) together with Yair Klartag for their collaboration.

Talgam’s repertoire ranges from Frescobaldi to dozens of world premieres, often juxtaposing old and new works in ways that bring forth new perspectives. His core programs include pairings of Stockhausen and Schumann, Beethoven and Boulez, as well as repertoire staples like Bach’s Goldberg Variations, Messiaen’s Vingt Regards, and the complete Ligeti Etudes. Alongside these, he offers rare performances of transcriptions of player-piano studies by Conlon Nancarrow, widely considered unplayable by a single live pianist.

In parallel to his performance career, Talgam has taught at various institutions, including School for Visual Arts (2016-2017), 92nd street Y (2018-), and several CUNY colleges (2014-2017). Additionally, he has given masterclasses and lectures at other institutions, including Conservatoire National Supérieur de Musique (Paris), Royaumont’s Voix Nouvelles, Tel-Aviv University, University of Georgia Athens, and the Tomsk conservatory (Russia).

After graduating from the Tel-Aviv University in the class of Emanuel Krasovsky, Talgam studied with Matti Raekallio at the Hochschule für Musik und Theater Hannover. His studies (M.Mus) continued with Raekallio and Robert McDonald at the Juilliard School of music in 2010. During 2012/13, Talgam performed as pianist of the Ensemble Modern Academy in Frankfurt. Most recently, he completed his doctoral degree at CUNY’s Graduate Center with Ursula Oppens, with research on the perception and performance of rhythmic complexity, advised by Joseph Straus. Additionally, his studies included electronic and computer music at Brooklyn College Computer music center, with Red Wierenga and Douglas Geers. 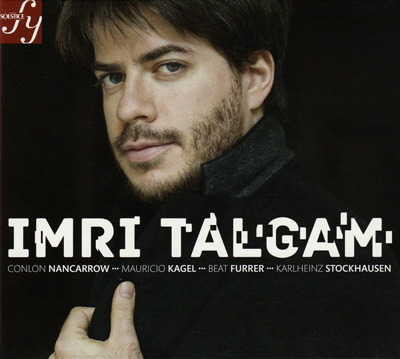